Treatment of Paradoxical Hyperplasia (PAH) Caused by a CoolSculpting

Treatment of Paradoxical Hyperplasia (PAH) Caused by a CoolSculpting

CoolSculpting is based on a technology known as cryolipolysis, which is meant to freeze the tissue to the point where the fat cells crystallize, break down, and leave the body as waste. This helps the treated area slim down marginally.

Typically, this is exactly what occurs. But in a small number of patients, the fat in the treated site expands and hardens into an unnaturally shaped lump in response to the freezing temperature. This is known as paradoxical (abnormal) adipose (fat) hyperplasia (unusual increase in a structure), or PAH.

Rather than slowly shrinking after CoolSculpting, the fat actually becomes bigger and usually tauter than the adjacent tissues. At times, it takes on a “stick of butter” appearance that has a resemblance to the shape of the CoolSculpting applicator.

PAH is fortunately not a life-threatening condition, and it is completely treatable with liposuction plastic surgery. But patients who develop PAH have to endure a visible bulge for around six to nine months until the fat softens enough for safe removal.

Based on this, this implies that the patient ends up undergoing and paying for two procedures to remove undesirable fat that liposuction could have eliminated in the first instance, with more predictable, targeted sculpting than is possible with any non-surgical procedure.

Liposuction for Fat Removal and Sculpting

While non-surgical cosmetic procedures are continually improving, and many are safe, appropriate options for patients considering changes without significant downtime, surgery is sometimes the superior option.

In comparison, fat reduction accomplished with non-surgical procedures is only predictable down to a general site and offers minor improvements. The more comprehensive and dramatic outcomes that liposuction offers are well worth taking some days off and having a few very small scars that fade away over time.

After anesthesia, the surgeon will commence the liposuction procedure by placing small incisions in pre-determined and discreet areas. In many cases, the incision size may range from a quarter to a third of an inch.

The incisions will be placed in a manner that minimizes and future scarring. Liposuction plastic surgery does not usually require substantial incisions unless it is undertaken along with other procedures such as breast lift or abdominoplasty.

The surgeon will insert a narrow cannula tube through these incisions to remove fat from the deeper tissue layers. They will gently move the cannula back and forth to dislodge stubborn fat pockets.

After the targeted fat deposits are adequately loosened, the surgeon will use a syringe or pump attached to the cannula’s outer end to suction the fat out.

Sometimes, the surgeon may use innovative heat-based liposuction techniques involving ultrasound, laser beams, or RF energy. The heat produced through the energy waves liquefies the fat cells more easily without the need for any traumatic physical manipulation.

Paradoxical Hyperplasia (PHA) Caused by a CoolSculpting Side Effect

CoolSculpting hit the market in 2010 and revolutionized the manner in which body contouring procedures were undertaken. CoolSculpting helps freeze away stubborn fat deposits in a non-surgical way with no downtime. The time taken to complete the procedure is an hour or less.

After almost a decade of its launch, CoolSculpting continues to remain a sought-after procedure among patients as well as cosmetic practices.

CoolSculpting, for the most part, has a good safety record. Most patients experience mild side effects such as tingling, redness, and numbness, which resolve after a few days.

But serious side effect of CoolSculpting seems to be slightly more common than originally thought. This side effect is a complication known as paradoxical adipose hyperplasia (PAH),” or in common terms, the “stick of butter” effect.

Patients should have a fair idea of what is PAH and why does it sometimes occur after CoolSculpting.

Cryolipolysis is the technology behind CoolSculpting. It is meant to chill tissue to the level where fat cells crystallize, break down, and are expelled from the body as waste, enabling the treated site to slim down.

In general, this is exactly what occurs. However, in a small percentage of cases, the fat in the treated site expands and hardens into an abnormally shaped lump in response to the freezing temperature.

This is known as paradoxical (abnormal) adipose (fat) hyperplasia (abnormal increase in a structure), or PAH. Rather than slowly shrinking, the fat actually gets bigger after CoolSculpting.

It also typically becomes firmer than the adjacent tissues and at times, creates a “stick of butter” appearance, resembling the shape of the CoolSculpting applicator.

Is PAH after cryolipolysis occurring more often than originally thought?

The exact reason why PAH occurs in certain patients is not known, and according to recent studies, PAH occurs far more commonly (1 out of 138 treatments) than the manufacturer had earlier reported (1 out of 4,000 treatments).

The incidence rate is still under one percent, but it concerns a responsible medical practitioner any time they see an increase in complication rates with a procedure, especially one with compelling claims of safety and ease.

PAH warrants closer attention with the proliferation of other cryolipolysis devices as well as at-home freezing belts available in the market today. A skilled surgeon can effectively treat a patient who developed PAH following cryolipolysis.

The good news is that PAH can be addressed with liposuction.

Thankfully, PAH is not a life-threatening condition, and it is entirely treatable with liposuction. Regardless, patients who develop PAH have to live with a visible bulge from around six to nine months until the fat softens enough to eliminate in a safe manner.

This can be emotionally and physically draining on patients considering that they wanted a fat reduction in the first place to remove a troublesome condition that now looks worse than before.

In addition, this means that the patient will have to undergo another procedure and bear further expenses to remove unwanted fat that liposuction could have eliminated at the outset itself, with more targeted and predictable contouring than possible with any non-surgical procedure.

Ear piercing and ear gauging (where a solid or hollow plug is placed through stretched earlobes) has long been a staple in the world of fashion, enabling women as well as men to express their individuality and uniqueness through their choice of earrings.

But unfortunately, when most people choose the shape and size of their ear jewelry, they rarely consider that the earlobe on which the jewelry will hang is merely soft skin and a small amount of fragile fatty tissue.

Oversized or heavy jewelry, a gentle tug by a child, or even a simple snag on an item of clothing can quickly damage these delicate tissues. This can make the earlobe appear unappealing and unsuitable for wearing jewelry.

A skilled and experienced surgeon can repair a torn, stretched, or gauged earlobe in a relatively simple plastic surgery procedure to restore the lobe to its natural appearance and even enabling the patient to wear suitably sized earrings.

It is a relatively simple plastic surgery procedure to repair a torn, split, or elongated earlobe, and it can be safely performed at the MBody office using only a local anesthetic and/or topical numbing agent.

After the earlobe becomes numb, the surgeon cautiously removes any scar tissue that may have developed around the tear edges, and then bring the torn edges of the skin and tissue together using very fine stitches.

If the lobe is missing large amounts of tissue and is likely to fold over, the surgeon may recommend an injectable soft tissue filler to add fullness to the earlobe.

The patient will need to apply antibiotic ointment to the repaired site for several days after the procedure to avoid infection and enhance healing. While the repaired ear lobe can be re-pierced eight weeks after the repair procedure, the patient should avoid wearing heavy earrings.

For teens and people in their 20s, ear gauging is a sought-after trend that involves piercing the delicate earlobe tissues with the objective of stretching the lobes until they can accommodate a plug of increasing size.

In such cases, the surgical repair of the lobe is often necessary to restore the original appearance of the earlobe. Repairing a gauged earlobe may be similar in theory to repair a torn earlobe, but in practice it is more challenging. It is more so if the gauge was larger than half an inch which may cause some noticeable scarring on the repaired lobe.

CoolSculpting Gets Rid of Neck Fat

Until a few years ago, a neck lift plastic surgery and neck liposuction were the only ways to eliminate submental fat that creates a double chin, jowls, and neck wattles.

Now with the FDA cleared non-invasive CoolSculpting, fat can be dissolved in the neck and under the chin area rapidly, conveniently, and permanently without surgery. These fatty pockets are literally frozen to death with CoolSculpting.

CoolSculpting was approved by the FDA for removing abdominal fat cells in 2010 and for eliminating thigh fat cells in 2014. But with a new expanded FDA approval, certified cosmetic professionals can remove tiny, stubborn fat pockets under the chin area using a specialized applicator, known as the CoolMini.

The CoolMini applicator for the new CoolSculpting double chin treatment has been used in more than two million treatments to date with excellent outcomes that are comparable even to surgical liposuction procedures.

CoolSculpting can achieve a 20 percent reduction in chin fat in one or two one-hour treatment sessions.

In this procedure, a licensed medical cosmetic provider will place the CoolMini applicator under the chin where the submental fat is frozen.

The fat cells are killed and gradually disappear through the body’s natural metabolic processes. While the procedure is painless, there may be some minor inflammation or slight bruising following the treatment.

A licensed medical aesthetic provider uses controlled cooling through the CoolMini applicator to eliminate stubborn fat under the chin. The surface area of the skin remains relatively unaffected as the procedure targets fat cells beneath the skin.

Once the fat cells are frozen, they are naturally expelled by the body. The CoolMini fat reduction treatment does not involve any downtime and eliminates fat permanently.

The FDA granted approval to the CoolMini applicator on the basis of a study of 60 male and female participants between the ages of 22 and 65 years. The company states that it did not observe any significant adverse events and patients experienced no to low discomfort or downtime.

According to early users, CoolSculpting of the neck and chin with the CoolMini applicator is creating real results. They state that the procedure is equally effective on small as well as more substantial fatty deposits on the chin and neck. The procedure is safe, and patients are satisfied with the outcomes.

The CoolMini applicator is meant to eliminate fat from smaller sites such as underneath the chin and the neck area in a more efficient, quicker manner.

A patient will need one to two one-hour treatment sessions for the reduction of around 20 percent fat under the chin area. In this procedure, the provider will clamp the neck fat into the curved jaws of the CoolMini device.

The targeted double chin fat is exposed to a cold temperature through the applicator which causes numbness in the region. The patient will not experience any major discomfort during the procedure. But some patients may feel temporary pain, inflammation, or mild discomfort during the recovery phase. 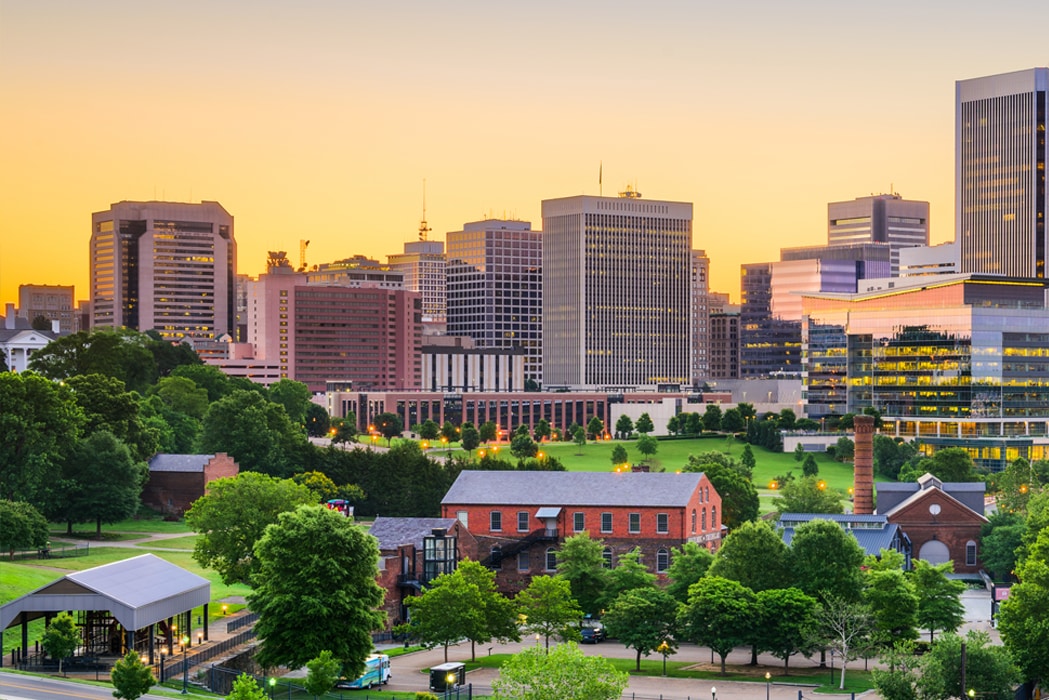